All I Do Is Think About Food…

Ever found yourself uncontrollably shoving

chocolate and peanut butter in your face while attending fat camp in the Adirondacks of New York?

I have, and let me tell you, that is some serious shit. At the age of 15 I got sent to fat camp. As a child and teenager, my weight had been an open war between me and my parents, and arrangements were made for me to attend Camp Shane, a summer repository in upper New York for chunky upper-middle class Jewish kids whose next underwritten experience was to undergo a post-high school nose job, thereby removing all physical clues as their Eastern European heritage and consequently achieving total assimilation.

Upon arrival to said camp, I was assigned to a cabin with a super foxy megafat counselor, Alice, who had long blonde hair and sparkling blue eyes and tits for days and a giant round juicy ass — AND she had somehow acquired a BOYFRIEND, who was sexy and tall and handsome and was also a counselor, and this BLEW MY MIND, because during the entirety of my formative years I had been told that no man liked fat girls, that I would never find a boyfriend, let alone get laid, and that I should abandon all hopes of getting married unless I immediately became thin and stayed thin, and in the face of this information I had actually accepted that I would probably have to become a lesbian and had sassily informed my grandmother of this fact, who, despite being Jewish herself, was more or less a virulent anti-Semite, and she was utterly aghast at the thought of not only a fat Jewish granddaughter but a fat Jewish LESBIAN granddaughter, and had called my mother to viciously complain about both my weight and my attitude.

My level of pre-diet pudge was nowhere near the larger phenotypes of my obese peers, as quite a few of the other lardasses were nothing short of bovine fat slabs on feet, huffing and puffing to complete the simplest of excursions. At least I was still completely ambulatory, and, as one of the smaller fatties at this co-ed camp, immediately skyrocketed to the top of the social hierarchy, a pleasant if not shocking departure from my social strata at home. The fact that I was a star of the handbells choir and read the dictionary for fun on weekends had no influence on this newfound status of being totally, utterly, and DELIGHTFULLY sexually objectified.

All campers were placed on what I now figure was a 1200 calorie daily diet, which was comprised primarily of lettuce, apples, and and institutional Frankenfoods festooned with with butter spray, Nutrasweet, and high fructose corn syrup. Along with this starvation diet, we were run ragged, to and fro, hither and yon, up a hill and down a hill to the mess hall, morning workouts and afternoons swims, evening sports and midnightwalks. Meanwhile, I quickly discovered one of the most hilarious things to do during a workout was to yell, “HEY, FATASS!” and watch everyone turn around.

In spite of my sardonic outbursts, and getting caught redhanded while making out with a counselor (a BOY counselor, mind you), I was a star camper at fat camp. Thanks to the panzer attack of wartime rations and what appeared to be physically training for no less that D-Day, I lost what could be called a MAJOR FUCKPILE of weight with alarming rapidity. I was fainting here and there, but the real alarm bells went off when I came to in a manicured flower bed. Campers and counselors were standing over me, trying to help me up, and my nose was gushing blood, probably from a combination of dehydration and exhaustion and low grade starvation, and in the melee I heard one of the counselors tell another counselor that they were taking me to the infirmary, PRONTO. Live campers were better than dead campers, I surmised, and the powers that be were taking no chances.

THE INFIRMARY. I had heard bits and bobs about the infirmary. It was air-conditioned. It was dark and quiet. And there was FOOD, REAL FOOD for me, the precious patient, just a little extra nourishment in a time of healing. Because dehydration was a concern, and because I was the sole camper currently in the infirmary and therefore not assigned a night nurse, I was given permission to go into the freezer and help myself to ice cubes whenever I wished. You can bet the NANOSECOND I was allowed into that freezer I scanned the shelves for any foodstuff I could scrounge or steal, a popsicle, a frozen banana, hell, even frozen MEAT would have been fair game, but the freezer appeared empty save for bags and bags of ice.

Sometime in the wee hours of the night, after resting comfortably for a few hours, a whisper of a thought began to softly and seductively crystallize in my brain. It was a faint, yet persistent hunch that maybe, JUST MAYBE, there was food BURIED under one the bags of ice. How and why this idea came to me is a mystery, but I did in fact get out of bed and head to the freezer for a quick looksee, perhaps driven by the optimism of youth, or the genetic impulse to feed oneself by any means necessary when STARVING.

I opened the freezer. A beam of white light surrounded me like an electric halo. Intuition told me any booty would be found at the bottom of the freezer, and I removed the bag ice from the lowest shelf.

And you can bet YOUR FAT ASS I found what I was looking for.

A giant paper shopper bag FILLED WITH FROZEN REESE’S PEANUT BUTTER CUPS. Why the fuck were they there, at a fat camp?! Probably for diabetics, or counselors, or whoever, but that night they were MINE ALL MINE.

What happened next was nothing short of pornographic. I made deranged, demented love to that bag of frozen Reese’s Peanut Butter Cups, fueled by an unstoppable combination of years of teenage lust and six weeks of caloric deprivation. I started with one, thinking no one would notice it missing, and I could hide the wrapper in my shoes. That turned into two, then three, then five, then ten, then twenty-five and in about 45 minutes, I ate the entire bag. The smell and taste of the chocolate was like a sugar-fueled orgasm. The grit of the peanut butter was like a gang bang for my tongue. I wanted to shove them in every orifice, melt them on my breasts, use them as lube for some sort of food-inspired sex act; I experienced nothing short of a Dionysian Roman Bacchanilia with those frozen Reese’s Butter Cups.

Of course I got caught. I stank of chocolate, and I am sure I slept among a handful of tattered wrappers, strewn about in the diminished capacity of afterglow. I was reprimanded, and threats were made to call my parents, but nothing happened and I only gained half a pound that week which I figured was fair. I ended up losing another few pounds, went home, and promptly gained all the weight back and then some.

I did not become a lesbian, however, and eventually even got laid — by a man.

As it goes in this world, things have changed, and my youthful days of mainlining processed sugar are but a pre-diabetic’s fond memory. I do like to create versions of comfort food favorites that are decadent and delicious, but are not murderous toward my long-suffering pancreas. Here is a recipe (sort of) for chilled chocolate peanut butter bites I created in honor of my debut blog post. I nabbed these ingredients at my local upscale grocery, which, alas, is not that upscale. If you are weird enough to actually make these, feel free to substitute, well, anything.

one cup of coconut buter

one cup of shredded unsweetened coconut

peanut butter to taste with no added sugar, palm oil, or anything besides, you know, PEANUTS

* Combine the dark chocolate, coconut butter, and coconut shreds in a large pan on medium heat 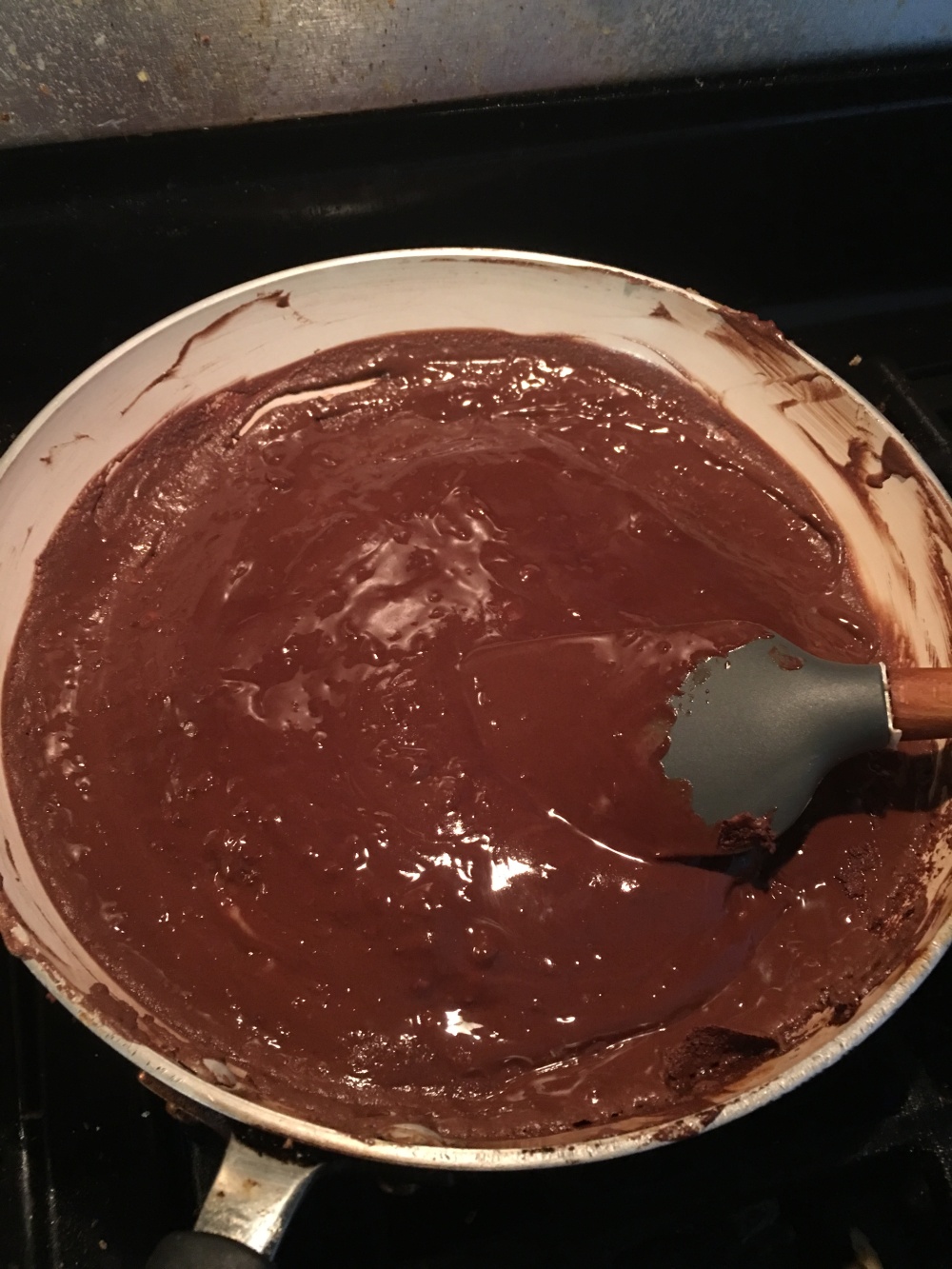 * Melt slowly and see (this is a reference to a Velvet Underground album) but DO NOT let burn, that will taste grody

* Once all three ingredients are completely melted, remove from heat

* Spoon the melted mixture into paper candy cups, filling the cups halfway. Set aside the remainder of the mixture.

* Sweeten the peanut butter by mixing in the stevia 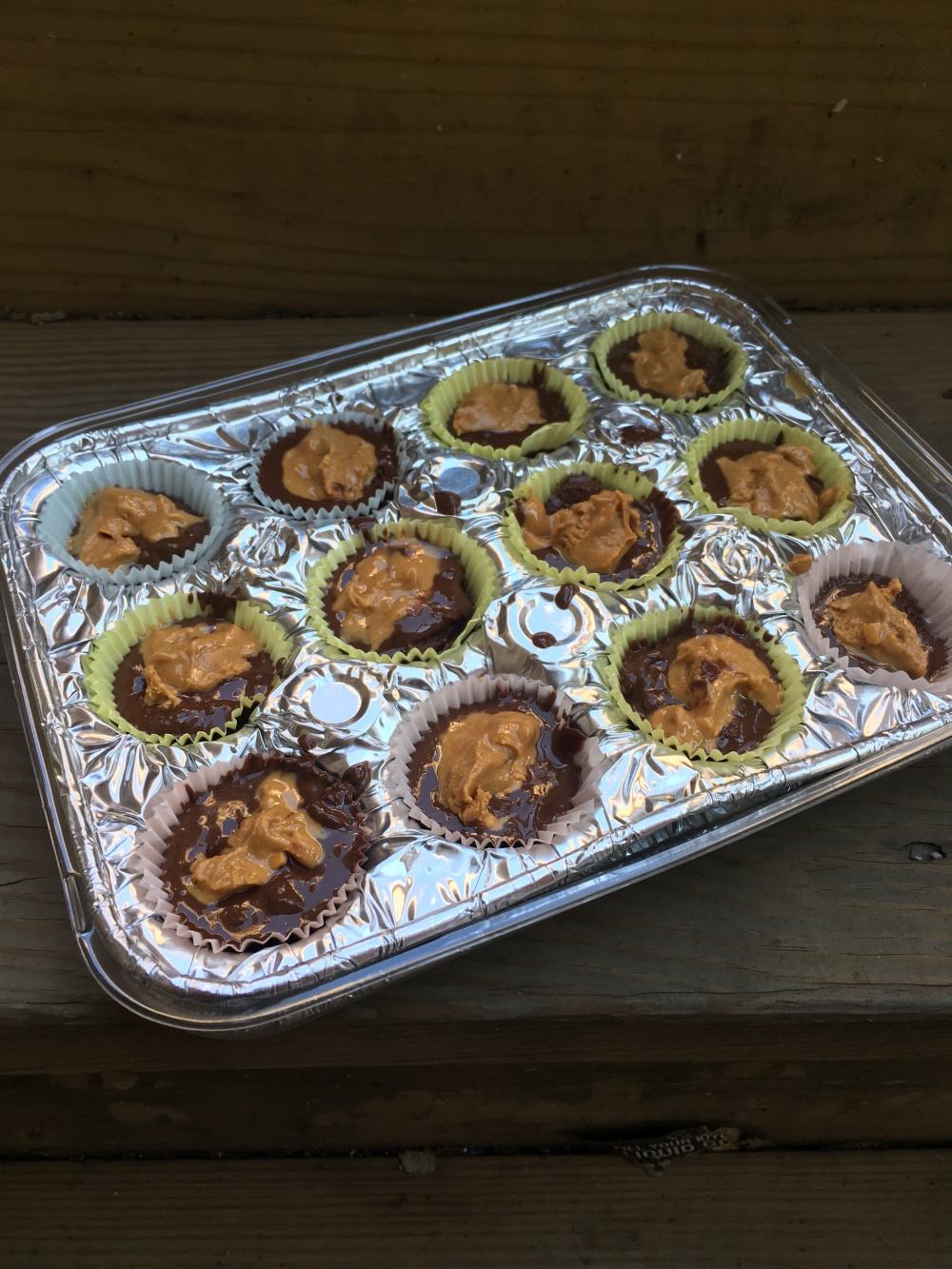 * Place the cups, now filled with chocolate and peanut butter, into the freezer.

* Attempt to not lick the bowl/spoon/pan. Fail miserably.

* Leave the cups to fully freeze for an hour or two.

* Once fully frozen, remove the cups from the freezer and enjoy them chilled — hopefully not all at once!